Hi Luis, thank you for accepting doing this interview. Could you please introduce yourself? 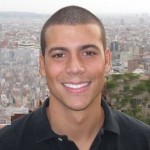 Hi, my name is Luis F. Arreaza, Alumn from the 2009 International MBA class and coach for the current IE Football Club Men’s team. At the moment, I’m working at Horwath International, a financial consulting firm in Madrid.

Tell us more about this MBA Tournament and why IE Business School participated?

This tournament was organized by London Business School with the idea of contributing to eradicate poverty in Africa. The tournament “Tackle Africa Cup” promoted greater emphasis on investment in the African Continent.

IE Football Club participated because we are committed to causes that promote the greater good, beyond the scope of profitable business. For this reason we were keen on supporting LBS in their efforts. In 2009, LBS also supported our tournament, “GreenLaces Cup”,  aimed at raising environmental awareness. Additionally, it was a great opportunity to network and meet new people from different countries and different business schools.

What do you need to do to join IE Football Club? 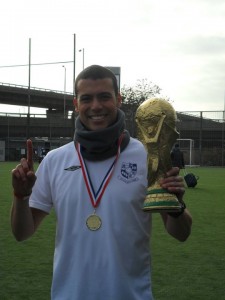 IE Football Club is more than just a place where everyone comes in and plays the game. Our idea is to have dedicated individuals inside and outside the field, who represent values such as integrity, respect, honesty, dedication, determination, fraternity, and sportsmanship.

To be involved, players need to come to practice, show commitment to our cause, and help the club with extracurricular events such as fundraisers, tournaments, and charities.

Since IE Football Club is one of the most popular clubs within the IE community, it’s important to honor IE when representing all our students at international tournaments, which is another reason why we choose players that embody the values mentioned above.

How many people were selected to play the tournament and what do you look for when you make the selection?

I chose 18 players initially, based on their commitment, skills, and availability to travel.

Given that the International MBA program is quite intense, how do people manage to coordinate classes and football?

This is an interesting question because it’s one of the main reasons behind players leaving the team. IE FC staff has made sure to plan ahead our practices and training sessions so we expect students can also plan their activities.

I have told my players that this is a situation where they have to show off their management skills, and prioritize their goals. In my opinion, this experience with IE Football Club will have a huge impact during their professional lives because players will know the true identity of their characters, and realize that when they set a goal for themselves, it can materialize with hard work and determination.

A good example of this philosophy is our Championship win this past March 6th at London Business School´s Tackle Africa Cup. We brought a group together with our willingness and dedication to succeed, everyone put their best effort forward and took the trophy home.

What is the next goal of IE Football Club?

We intend to keep training hard and recruiting students that represent IE values that we want to spread. Through this, we are confident to win upcoming tournaments such as IESE´s Spring Games and HEC´s MBA Tournament; along with other ambitious tournaments such as UCLA´s MBA World Cup. 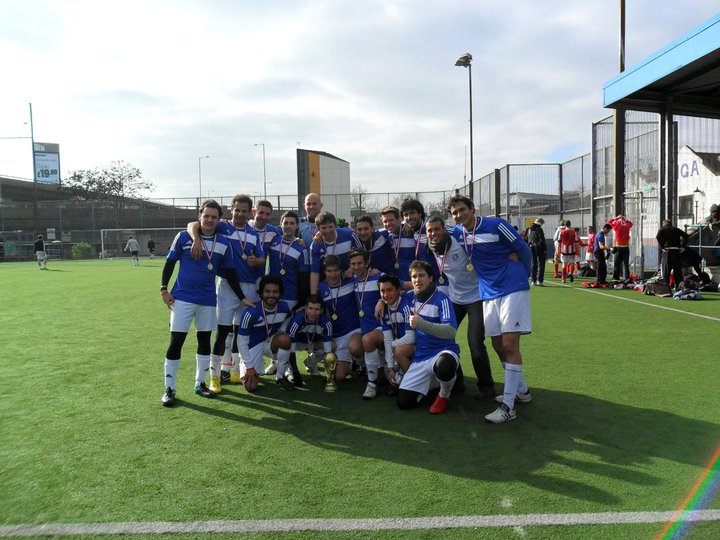 International MBA – Core Period 2 up and runningIMBA Change In Action: Business Solutions at the Base of the Pyramid