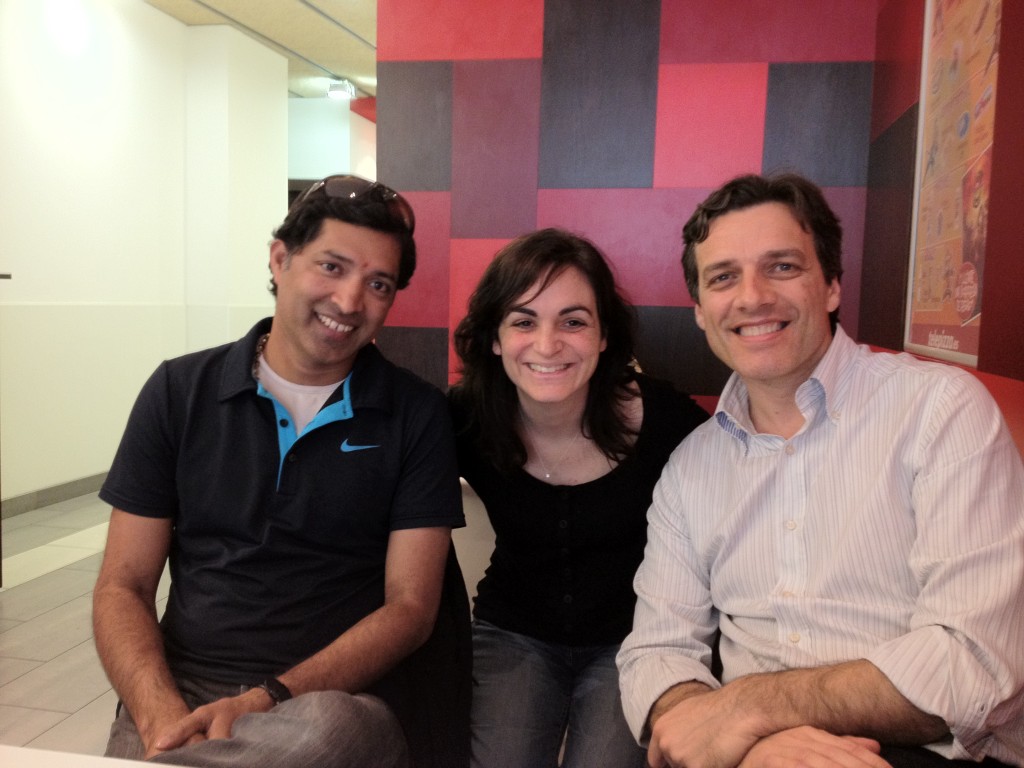 What wouldn’t we give sometimes to know somebody’s secret? This cognitive dissonance can drive people crazy and become an obsession. If you are taking the time to read this blog post, you will be rewarded with knowing a secret – a secret that will lead to other ones, an inspiring story of a current IE alumnus and her team, and an entrepreneurship endeavor that might well win the Venture Lab.

It all started in 2005 – with this idea. Sonia Ziadi Trives, a current IMBA student, had just created her first company – Conectando Culturas. After having received a Bachelors Degree in Communication and a Master in Cultural Management, she worked for a few years in the music and film industry but felt at some point that it was time to give something back to her country, being surrounded by the ignorance and prejudice of the people around her. She wanted to use culture as a means of communication to represent the real Morocco and to unknot the stereotypes that had manifested in the minds of people. To do so, Conectando Culturas has used music, dance and the new cinema to present a picture that people had not known before. All started with Morocco but later ended up including the entire Arab world. But this idea was still lingering in the back of her mind.

After having received another opportunity to work on a European project related to Cinema, she decided it was time to do something about the idea that had been in her head since 2005. Thus, a decision to do an MBA was made – to take some time off, to be an entrepreneur again. Although initially she felt like an outlier coming from a humanities background, she studied her way into the classroom and was surprised how well she connected with people on a personal level. The biggest take away for her has been the insights she has gained so far about group dynamics. “It is a symbol of real life” she said before adding that knowing how to deal with individuals on a personal and social level is a key for success.

For her elective period, Sonia chose – yes, you guessed it – the IE Venture Lab. To convince Thierry Dutel, founding partner of the marketing company “Puntual” in Alicante and now “partner-in-crime” of the idea was hard work, but he finally agreed and their project got accepted.  Although they lost another team member along the way, as visions weren’t compatible, they found the one missing puzzle piece in Shashank Taman, now CTO, a “human and spiritual IT engineer” and another current IE student.

“The Venture Lab made everything more real,” Sonia said before adding that her Venture Lab mentor, Joe Haslam, was another invaluable piece that offered critical redirection inputs. In the end, the idea has now undergone a complete metamorphosis – the core is the same but the product has changed.

“Shared Secrets” is a mobile and web application whose center piece presents a closed community of people that share secrets with each other. What is a secret?  Secrets are things such as a secret beach, a great restaurant or book or even the place where one can find an inspiring individual. People can only join by invitation or love letters and a community currency, keys, unlock certain secrets. One cannot search for secrets; through an algorithm based on the data that were provided by the member – one can only discover them. A prototype is currently being tested to observe and learn, as for the international launch, “Shared Secrets” has to be scalable from the beginning.

Sometimes an idea takes almost 7 years to find an opportunity to manifest itself. Sonia says, “Maintain your naivety and faith” because the time will come. Shared Secrets just won its first public pitch in the Startup Ideation Bootcamp organized by the Founder’s Institute; and the 100€ check that came with it might just be the beginning.

Sonia, thank you very much for sharing your story with us and good luck in the Venture Lab Semi-Finals on the 25th of April.

About pets, an idea and three young entrepreneurs on their way to the finalsSteven is back!!!