Never Empty a featured start-up for the IMBA Challenge Week

Can you tell me a bit a 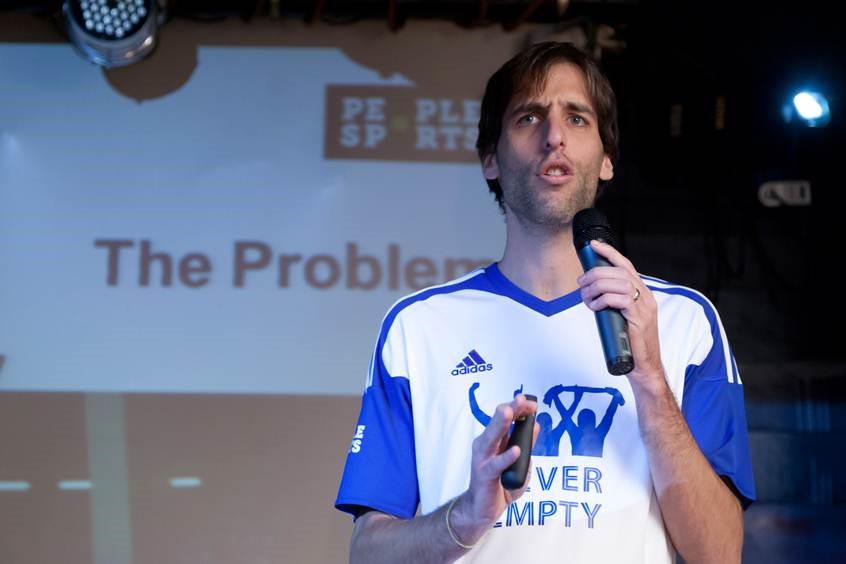 bout what Never Empty is, and how it works?

“Unlike other ticket distributors we are not a secondary market. There are a lot of companies today with algorithms that search online for tickets, while we work directly with football clubs. A week to two weeks before a game we put up one or several auctions (for different ticket classes). Customers go into the app and choose which type of ticket they want to bid on, how many and how much they are willing to pay and secure their bid with a payment method. As soon as they do that the bid is registered and the team has access to a backend showing them the bids occurring in real time. About 24 hours before the match, when they know how many empty seats they will have, they determine a minimum price and whoever bid above this gets their credit card charged and an email saying they won the bid. Our system auto arranges the bids according to the quality of the seats, so if you bid €30 and I bid €25, you are going to get a better seat than me, and we are charged what we bid. We simply provide the club with a list of bids and people who want to go to the game and are willing to pay for it. The payment info is already attached and with the click of a button they can sell as many extra seats as they wish.”

Let’s rewind a bit, can you give me an idea of how this idea started?

“Venture Lab was coming up and I really wanted to do it. I was not planning on becoming an entrepreneur, I was actually applying for McKinsey, BCG and those types of places. My brother works for Goldman Sachs New York and I was talking to him, telling about Venture Lab, where you get 4 – 6 months to actually work on a company. My brother introduced me to a problem: anytime there is a big artist coming to New York tickets sell out in a few minutes and the only option to get tickets is through StubHub or another secondary ticket market. These tickets would normally be priced around 400% higher than retail value and although he would not mind paying these prices, the difference should go to the venue, not Stubhub. He said there should be some kind of auctioning platform put into place where people would pay the market price of the ticket and that is the origination of the idea. I started going deeper into that and realized from day one we would be going head to head with Ticketmaster, not something that you want to do as a startup. We started to look at it the other way, targeting the teams that are not able to fill up their venues with the same auctioning method so we could fly under the radar. Our strategy was to show that the platform works with these clubs, that we are able to raise attendance, and then maybe we will be able to get to the point where some team will use us for the sold-out venues as well.”

What is your background? Was this a completely new area for you?

“I have always been a sports fan, but this was completely new. I studied Law and Political Science and worked in the private education industry teaching GMAT and SAT prep for a few years. I also worked at a law firm (Goldfarb Seligman & Co – Israel’s largest corporate law firm), so this was a completely new area for me. Working with my own startup is by far the best job I could ever have. From day one of Venture Lab, myself and my cofounder (Laurent Chabbal)took it very seriously. Many times during Venture Lab there are all sorts of deliverables that you are supposed to hand in designed to facilitate your way though it, but they may not be what you really want to focus on if you are actually in the process of building a company. We would always take the road of “let’s do whatever we can to make this ready this investor-ready.”We had the luck of having one person with whom I was put in contact with very early in Venture Lab, an angel investor based in the US, and he mentored us through this whole process. We started going out meeting people in football clubs and in the industry about midway though Venture Lab although we had nothing in terms of tech yet, just a super basic prototype to show what we planned. Through this we began to realize that our idea had potential. After completing the MBA we said we would allocate three months to try to get funds and see what happens, and we were lucky enough to raise a pretty good seed round.”

A lot of people doing the MBA want to start their own company, but are potentially in the situation where they will finish with a significant amount of debt. If they are bootstrapping, there is only a certain amount of time they can afford to burn savings, and money from friends/family/fools. You were lucky enough that you did not have to burn too much of your own savings working on your idea before you received investment?

“Both of us finished the MBA with a lot of debt. I don’t have any complaints, but I do not come from a super wealthy family and neither does Laurent and we knew we were going to have to start paying back debt a few months after the MBA. I actually took out an additional loan just to be able to maintain the three months after the MBA, but it was very clear to us that we were going to have to raise enough money so that we could also take a salary in the company, not your Goldman Sachs salary, but something that would cover debt, plus rent, plus food. I have a baby and a wife, so this was very important.”

So how long was the actual period you had to live off this additional loan?

“We graduated end of May and I had a Skype with the angel who had been mentoring us and he said “Alright Matan, let’s make a deal. I will write you a check for $250,000 if you are able to get another $250,000 investor.” We were lucky because the hardest investor to find is always the first, just like any other person they are more likely to follow than lead. Being able to sit down and say we already have a commitment for $250,000 is completely different conversation. We started reaching out to even more to investors than before, trying to reach anybody in our networks who may know someone that may know someone who could help us out. We put together a very good looking investor deck, talking about what we planned to do, financials, all that is required. We finally closed the round in mid August, so it took us around three months. Having this angel until now is unbelievable, he is someone who invested in more than ten companies and the experience he has is invaluable. We received the money from three US investors, two Israeli and two French. Ever since then, we have gotten some money from the same guys and from a Spanish investment agency. At that point, we were able to start paying ourselves enough to cover the debt, rent, take care of our families, etc.”

How do think that the experience at IE helped you in starting your own business?

“The best thing about IE is that it opens your mind. Each student comes with his own vision, what a career or life are supposed to look like, but then you come to IE and meet so many people and hear about jobs and industries that you never even thought about, opening your mind completely. At the end of the day, everybody wants to work on something they are passionate about and I would say that probably 99% of people don’t get to. I felt like life was handing me the opportunity to turn my hobby and passion into a profession.”

What would be your 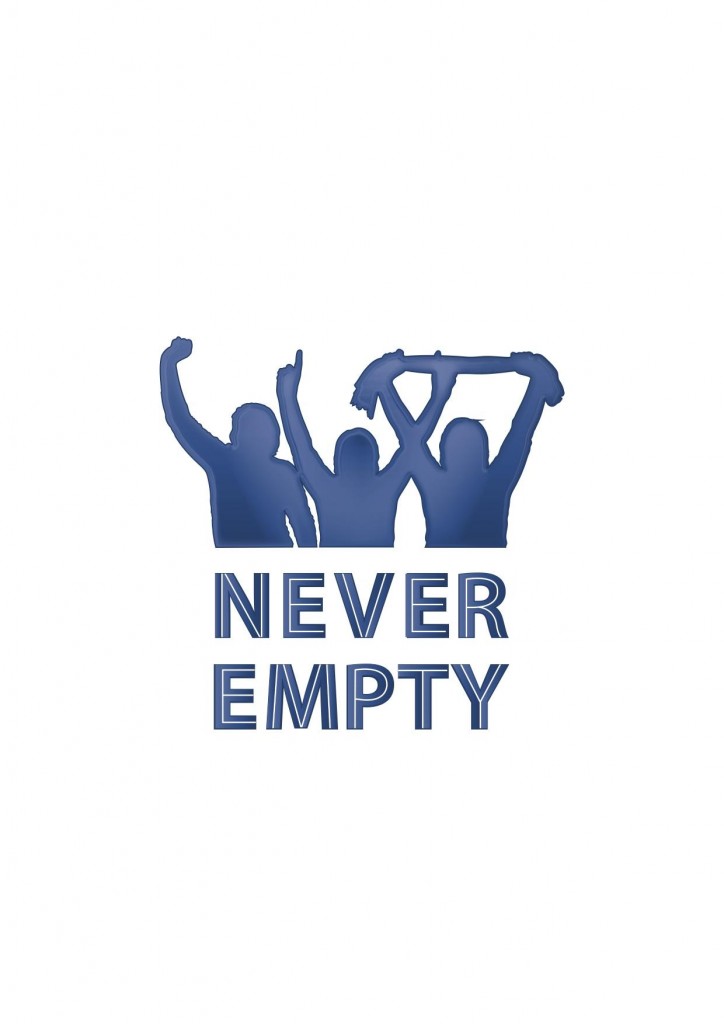 advice to students coming to IE and want to start their own business?

“Start working on it from day one. Start really focusing because in the startup world you must make your idea “investor ready”which usually means having some sort of “minimal viable product.” Try to graduate being able to answer the basic questions: why would somebody want this product, who would want it, who would be willing to pay for it. Do everything you can during your studies to accomplish that using what you have here, your peers or your friends. I am trying to avoid the word “networking”because it is such an overused word and, to me at least, it has a very strong negative connotation. You see this in the startup industry where everyone is looking for financing and people take the term of networking to a very interest-based meaning.”

I think something that is not taught enough in the MBA is the value of being just a genuinely good person. You see all these people who have a manual of “how to network”and say “I will go to this event, and I will go talk to this person because this person is CEO of this company.”They turn this networking or making connections thing into an algorithm and completely lose sight of simply being a good human being and building genuine relationships. If you take that into the MBA context, then you typically have cutthroat people in class who would not share class notes or help anyone, because they want to be the straight A student. What they do not realize is that their friends who are sitting in their class could probably help them a lot more than that “A”they are going to get.

I am thinking back to my class, and some of the strongest students we had are still looking for a job now, with their incredible straight A GPA, just because nobody is willing to help them. It is something that is difficult to teach, but I think that something should be said about camaraderie, just being there for people. It just amazes me that most people just do not understand this and that most people do not have these values. This is also something important in the startup world, but also as a general life philosophy. The startup community is very small, because at the end of the day startups and founders hear about each other. For those that do manage to get into this world, try to help the people around you as much as possible. First of all because it is the right thing to do and secondly because you are going to be looking for money or users, or general tips that could help you at a later stage.