TripMenu a featured start-up for the IMBA Challenge Week

The Challenge Week is approaching for the International MBA students, we present TripMenu, an IE Alumni start-ups that will be working side-by-side with current students during the Challenge Week. 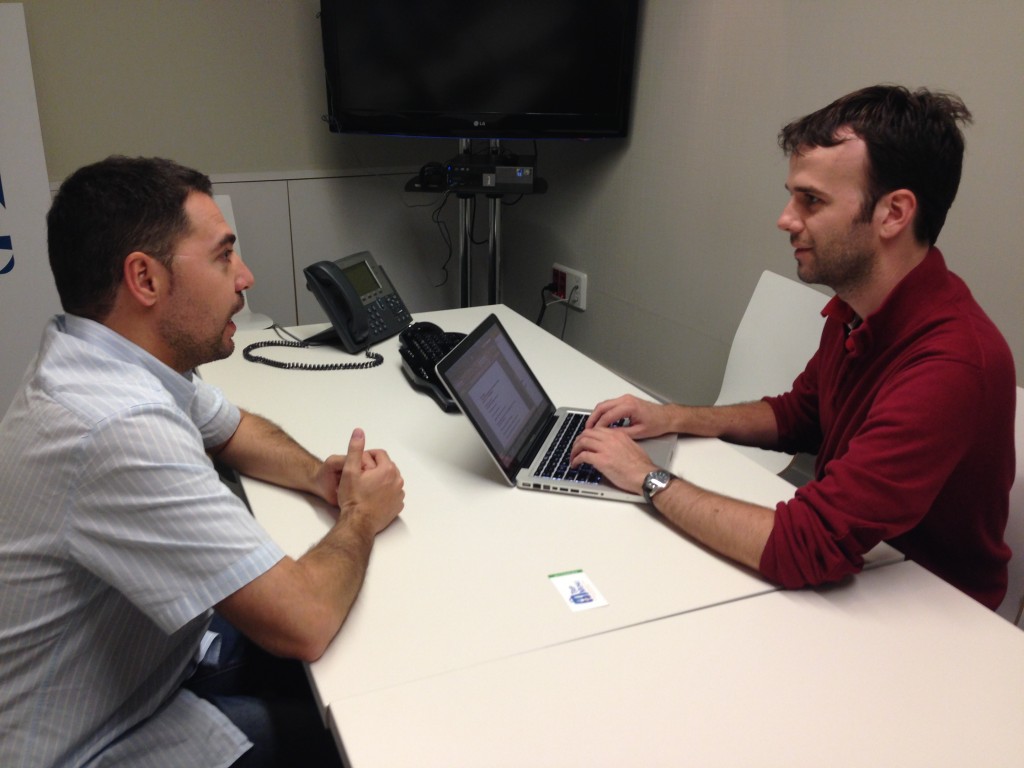 TripMenu is a platform that connects travellers with restaurants. TripMenu allows travellers to acquire vouchers in advance and use them in any restaurant within their network. The voucher has a fixed price and is valid for a full menu. TripMenu mobile app is available in both iOS in the Apple Store and Android in Google Play

Where did you get the idea?

In 2011, Jordi Díaz and his partner Bianca Cochella, realized that travellers paid more and received a lower level of quality in the restaurants than the locals. Travellers tend to choose the hotels and the means of transports in advance. However, spending in restaurants account for over 30% of the total travel costs and studies say that travellers spend more than double they plan. They thought that if travellers could receive a personalized quality service, they would be able to go to better restaurants reducing their travel costs and staying on budget.

How does the business work?

TripMenu´s customers are various restaurants. Restaurants do not pay any fixed cost for being part of TripMenu network; they only pay a variable margin of the revenues obtained from TripMenu´s vouchers redeemed in their locals.

What is your value proposition?

TripMenu´s value proposition is threefold: 1) Flexibility: travellers receive a voucher that can be used in any of the restaurants of the network in all the cities, at any time, with reservation or on the go, 2) Quality: only those restaurants that have exceeded the strict selection process are members of TripMenu´s network, and 3) Savings: travellers receive an average discount of 20% with respect to the restaurant´s menu.

How do you guarantee that restaurants meet TripMenu´s level of quality?

Customers’ reviews are the best guarantee; TripMenu only allows reviews from customers who have actually been to the restaurant. Besides TripMenu uses a Mystery Shopper to visit regularly their restaurants. If one of the restaurants does not meet TripMenu’s standards of quality, it is removed from the network.

Why the travellers market is the first niche in TripMenu´s strategy?

TripMenu found that their customer niche was the travellers market. Locals have more means (they know the language and the culture), while for travellers it is sometimes difficult to find the best restaurants at affordable prices.

What are TripMenu channels of sales?

What kind of investors does the company have?

TripMenu was created in September 2012 by two alumni from the IE Executive MBA: Bianca Cochella y Jordi Díaz. In August 2013, an angel investor entered the business, José Núñez. In October 2013, TripMenu became part of the TopSeedsLab program to accelerate startups. As a result of this, TopSeedsLab became an investor in TripMenu.

What role do the members play in the company?

Jordi is the CEO and is responsible for the operations and technology issues, while Bianca and José act as advisors in terms of marketing and financial issues respectively.

How many employees does TripMenu have?

TripMenu has 4 employees. It´s very important to create a good team with people who believe in the project and have complementary skills. In order to do so, TripMenu tries to hire slowly and fire quickly.

How many iterations did it take to go from the initial idea to the current product?

TripMenu started to operate by May 2013. During 2013, they ran a pilot project in Madrid with 40 restaurants. The objectives of this phase were to test the initial hypothesis taken and develop a good business model (i.e. lean-startup methodology). Since the initial idea, TripMenu has faced many iterations. For example, at the beginning, TripMenu targeted the LATAM market, while now TripMenu targets the European market. Also, initially TripMenu gave terminals to the restaurants in order to validate the voucher codes. Then, they realized it was more cost-efficient to build an application for the smartphone, rather than using hardware.

At what stage is the project in now?

In April 2014, TripMenu was translated into English. The target markets are now UK and France. In 2014, TripMenu expects to exponentially grow in number of cities, restaurants and customers.

What are the most difficult parts of entrepreneurship?

Not everybody can be an entrepreneur. Being an entrepreneur requires working long hours and taking risks. It’s like doing a marathon but with obstacles. Each day you need to face new and unexpected challenges.

What advice you would like to give to potential entrepreneurs?

Perseverance, tenacity and passion to achieve your dreams.

It’s also important to be optimistic, see opportunities where others see risks, and have support from your family and friends.

Is TripMenu present in the social networks?

Does TripMenu focus on social responsibility?

Yes, we strongly believe in Strategic Philanthropy and based on our core values: Generosity and Solidarity specifically, TripMenu’s employees dedicate some hours every week to share their skills to others, contributing with the best of our know how in volunteer activities in terms of entrepreneurship and technology.

What is the relationship between the IE Business School and TripMenu? and what is going to be the role of TripMenu in the next Challenge Week?

TripMenu has a close relationship with the IE Business School. This idea was developed in the Venture Lab and now we are working in Area 31 as part of the incubator startup program. TripMenu is one of the four startups selected to be part of the Challenge Week and we believe that this is a great opportunity for us. We are open to work in innovative ideas with the students and we will make sure that the feedback received will be considered carefully.

Alterkeys.com a featured start-up for the IMBA Challenge WeekKey Dates to remember for the November 2014 Intake