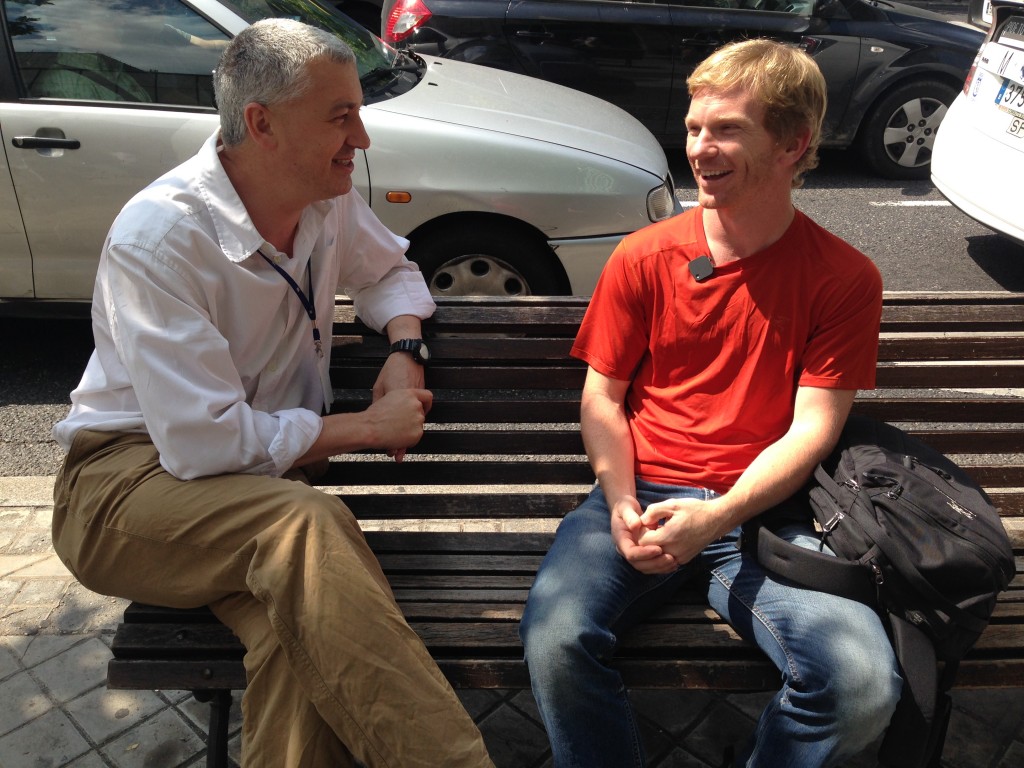 First part of the interview between current IMBA student Jacob Huber and Joe Haslam, founder of the startup Hot Hotels.

Tell me about Hot Hotels?

Hot Hotels is Europe’s leading mobile-only same day hotel booking app. We are in 52 countries and 310 cities, two years old and based in Spain. We have four founders, two Spanish and two Irish. We have just raised a €1 million in a round led by venture capital firm Axon Partners and are using this to expand the company.

What advantage do you have over your main competitors?

Hotel Tonight, our best known competitor, is more focused on a premium experience in a way that we are not. They sell a lot more hotels in premium locations like Los Angeles, New York, Las Vegas, etc. We are more interested in volume, selling hotels in Timisoara, Romania and as well as in cities in Europe, Africa, the Middle East, Asia & Latin America. Hotel Tonight deliver a beautiful experience with $300 hotel rooms available for $150, whereas our sweetspot is more to sell €150 hotel rooms for €80.

There are good times and bad times in entrepreneurship. What was your most difficult moment and how did you deal with it?

I do not really think about that. The thing about entrepreneurship is that you have the control to solve your own problems. The worst feeling is one of helplessness, in other words you want to solve the problem but your “idiot boss” does not understand and is in your way. Most of entrepreneurship is aspirational, you are trying to make really cool stuff happen so if it does not happen, it is not the end of the world. The really depressing thing is if you are trying to make something inconsequential happen and it does not happen. I would say that it is OK if a supermodel turns you down, because she is a supermodel. If someone says no when you are asking for €1 million its OK because you are asking for €1 million but if you are asking for 50k and someone says no, that is depressing.

In entrepreneurship you are fighting for something substantial, and you are expecting a lot of no’s to begin with. Too many people in life are trained to not aspire for very much, and when we do not get that not very much we are depressed about it or we feel a sense of failure. Getting no’s is like diving for a penalty in football, you will dive nine times and that’s OK because the one time you dive and get it makes it worth it. Low moments are when someone you trusted lets you down, no one likes that. So far though I have never had anything like that happen to me. No one is standing in your way in entrepreneurship, and that is why you should do it for some time. You are not limited in the way you are in corporate environments, you never have a chance to be all you can be.

Can you explain where the idea for Hot Hotels came from?

Both me and and Conor O’Connor (CEO of Hot Hotels)  started companies during the dotcom time so we had seen a moment in history where disruptors have more advantages than established companies. We started to see signs of what happened then happen again with mobile and social media. Social media has drastically reduced the cost of marketing, back in Dotcom time you had to buy ads in magazine and newspaper. Also, Amazon Web Services in particular and Gigas here in Spain have reduced the cost of technology infrastructure, previously you had to build your own web center. Mobile is also ubiquitous now, people can make a booking everywhere with their own personal device. You are probably only around your computer around eight hours a day, whereas you have your mobile on you all the time. When you have something with you all the time it dramatically increases the chance that you make a booking or take greater part in e-commerce. We saw these trends and we were ourselves frustrated with the hotel booking experience; we knew that it was possible to do something better and so we did.