Madrid, Spain — The Hult Prize Foundation recently announced that IE BUSINESS SCHOOL has advanced to the regional finals of the sixth annual Hult Prize. The annual Hult Prize Challenge is the world’s largest student competition and start-up platform for social good. In partnership with President Bill Clinton and the Clinton Global Initiative, the innovative crowdsourcing platform identifies and launches disruptive and catalytic social ventures that aim to solve the planet’s most pressing challenges. Student teams compete in five cities around the world for a chance to secure USD1 million in start-up funding to launch a sustainable social venture.

IE Business School will be represented by three teams.

Each team selected was chosen from more than 20,000 applications received from over 500 colleges and universities in over 150 countries. The Hult Prize regional final competitions will take place on March 13 and 14, 2015 in Boston, San Francisco, London, Dubai and Shanghai. 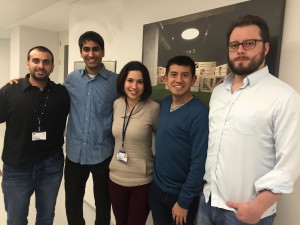 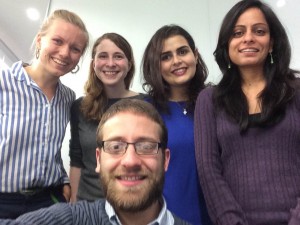 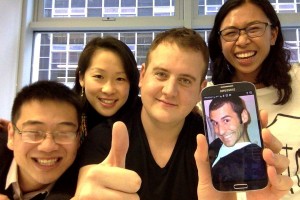 The 2015 Hult Prize will focus on building start-ups that provide sustainable, high quality early education solutions to ten million children under the age of six in urban slums and beyond by the year 2020.This year’s challenge was selected and set by President Bill Clinton, who said, “The Hult Prize is about more than the solution to the problem, it’s about how the world has to work in the 21st century.”

Following the regional finals, one winning team from each host city will move into a summer business incubator, where participants will receive mentorship, advisory and strategic planning as they create prototypes and set-up to launch and scale their new ventures. A final round of competition will be hosted by President Bill Clinton and the Clinton Global Initiative at its annual meeting in September, where CGI delegates will select a winning team, which will be awarded the USD1 million Prize by President Bill Clinton himself.  President Clinton has gone on to say, “The Hult Prize is a wonderful example of the creative cooperation needed to build a world with shared opportunity, shared responsibility, and shared prosperity, and each year I look forward to seeing the many outstanding ideas the competition produces.”

We wish our IE Business School Students best of luck in the regional finals!