“Everything is AWESOME!” was the mantra as the final Challenge Week at IE Business School went out with a bang—a LEGO bang!!!  For years, IMBA students at IE have collaborated with different companies on weeklong challenge that takes place between both first and second term and then again between second and third term.  Students in teams of seven focus on an innovation-based challenge set by the company.  Afterwards the company uses the data produced by the IE IMBA think tank to further their business ventures.  In the past, the school has worked with such big name companies such as IKEA—now they can also add LEGO to their dossier.

On Monday, students gathered at the historical Cines Callo in central Madrid to receive a briefing from two LEGO Senior Managers of Operating Development.  At the end of the briefing, LEGO posed their challenge:  “How might LEGO combine new and existing channels to create a user experience as iconic and engaging as their products?”

Over the course of the week, over 50 teams put together their brains to complete this challenge.  Special guest lecturers walked the teams through the entrepreneurial process of design thinking, coaching teams to push the limits of their creative energies.

At the end of a week of research, interviewing users, and testing prototypes, the teams came together to pitch their ideas at the fair. Different ideas included everything from creating touring LEGO buses that took the LEGO experience on the road to consumers outside of traditional promotional areas to ideas of promoting LEGO car racing events.  The winning team focused on using a LEGO cloud coupled with point-of-sale parts inventorying services to create an enhanced experience for LEGO users,  purchasers, and retailers. 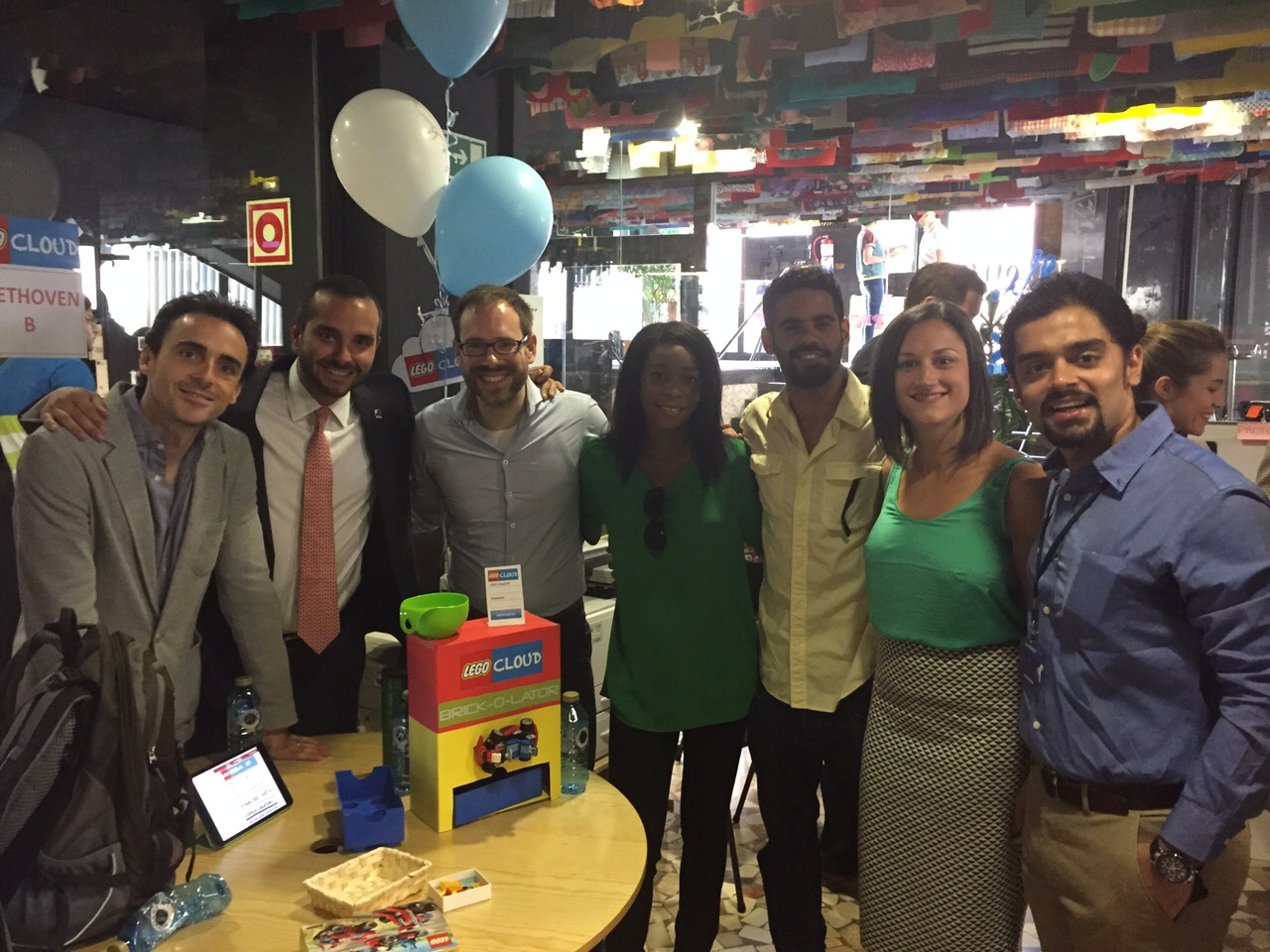 Join us for our next IMBA Open Day in Madrid, on Friday, July 17th!TEDxIEMadrid edition on July 9
Categories