Enrique Dans is nominated for a new Thinkers50 category, called the T50 Digital Thinking Award, which recognizes the thinker who has done the most to convert the digital language of the 0 and 1 into useful human insights. An author and prolific blogger, Dans studies the effect of technology on people, companies, and society as a whole.  He is also the most followed business school professor on Twitter, worldwide.

Lee Newman is nominated for the T50 Breakthrough Idea Award, which celebrates a radical idea in management that has the potential to change the way we think about business forever. As Professor and Dean, IE School of Human Sciences & Technology, Newman’s work is focused on the area of positive psychology and behavioral science. He explores the role of behavioral biases in human judgment and decision-making, and the impact they have when making decisions under risk and uncertainty. Prior to pursuing an academic career, he was a founder and senior manager in two technology-based startups in New York City (Brainstorm Interactive, and HR One) and served as a management consultant with McKinsey and Company in Chicago.  He is a regular blogger on WSJ.com.

Juan Pablo Vazquez Sampere is a professor with an expertise in applying disruptive innovation concepts to current managerial challenges. He has been nominated for the T50 Innovation Award, which recognizes the thinker who has contributed the most to our understanding of innovation over the last two years.  He is a regular contributor to HBR.org.

Steven D’Souza has been shortlisted for the T50 Radar Award, which honors a new generation of business thinkers who are most likely to shape the future of business and business thinking.  In addition to his role as professor at IE Business School, D’Souza is Director of Programs at the FT IE Corporate Learning Alliance and co-author of the award winning Not Knowing: The Art of Turning Uncertainty into Possibility (LID, 2014).

Winners of the Thinkers50 awards will be announced in London on November 9, 2015. 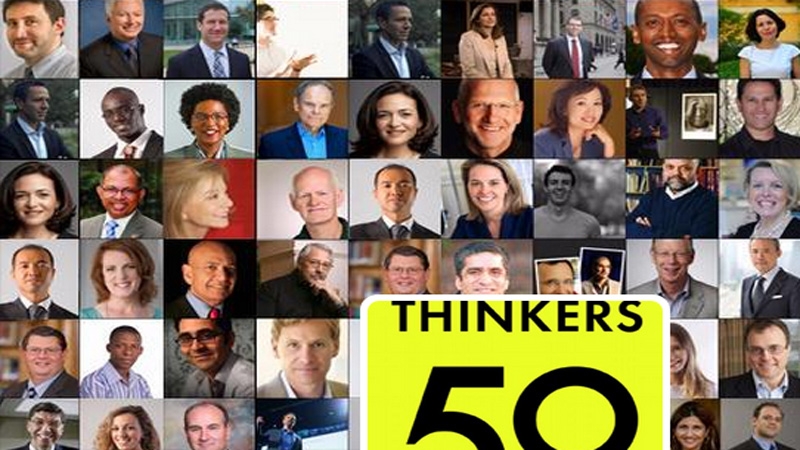