There are some times when you meet people and it doesn´t take second guessing to tell who they are. For Abdulaziz, it was fairly easy to tell he was an artist. And so when the story flowed and none of his life seemed “planned”, it somehow made total sense. 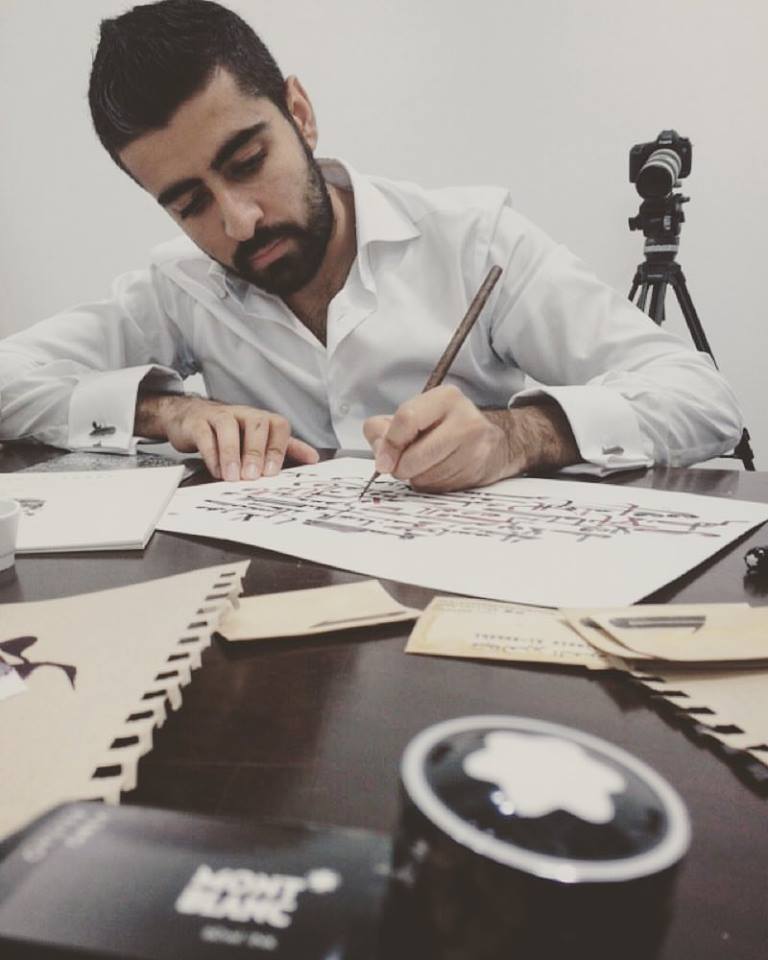 By his background, Abdulaziz is an architect from Kuwait and he had been working in construction for some time. In his own words he was “never interested in either art or calligraphy before”. But this was until he visited the Qatar Islamic History museum- where he saw the display of ancient Arabic calligraphic art and that was when his life started taking a new turn! He felt mesmerized by the lettering – “it was like travelling into time”. 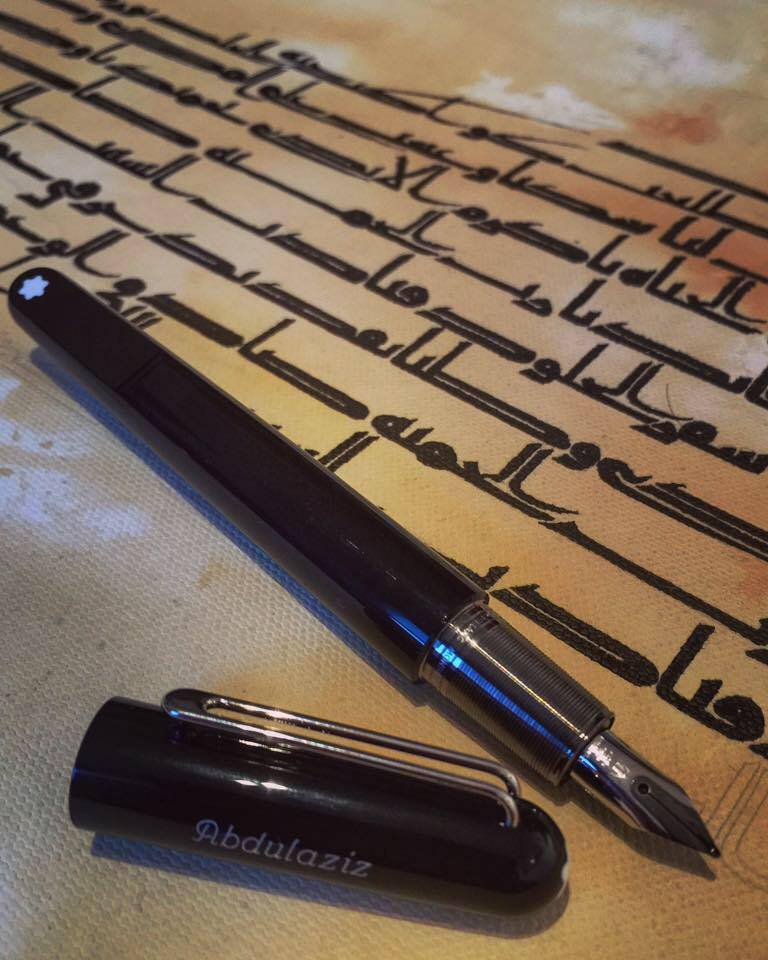 However, it was difficult to decipher the calligraphy. He took a few pictures-determined to find the meaning. These he then compared to different scripts in old Arabic calligraphy. After quite some studying and research, he wrote his own name in Kufi-the style he had been trying to decipher all this while.

Technology and social media really have revolutionized the world and it was Abdulaziz´s turn now. He wrote his name in Kufi and shared it on Instagram – where it became a huge hit. He had 300 followers in 2 days straight! Everyone was tagging him suddenly and his follower base grew. Friends requested quotations soon and orders followed.

Soon Abdulaziz started his calligraphy classes and formed a group of calligraphers who shared the same passion. Between calligraphy in cafes and classes, he started a lean startup creating necklaces, accessories, cufflinks and other accessories with Kufi calligraphic art. The supply grew to the Arabic regions, US, Spain, Turkey, China and South Korea. He called his company ´DESIGN KAAF´ – KAAF originating from Kufi.

When his business grew, he thought about taking a formal business course. Aziz was always drawn to Spain and the Spanish architecture. He loves the history here as well. At the same time, he wanted a course that was not the typical MBA and had its center in entrepreneurship. And he felt he had lots of ideas that he wanted to build and develop. This is how IE happened! 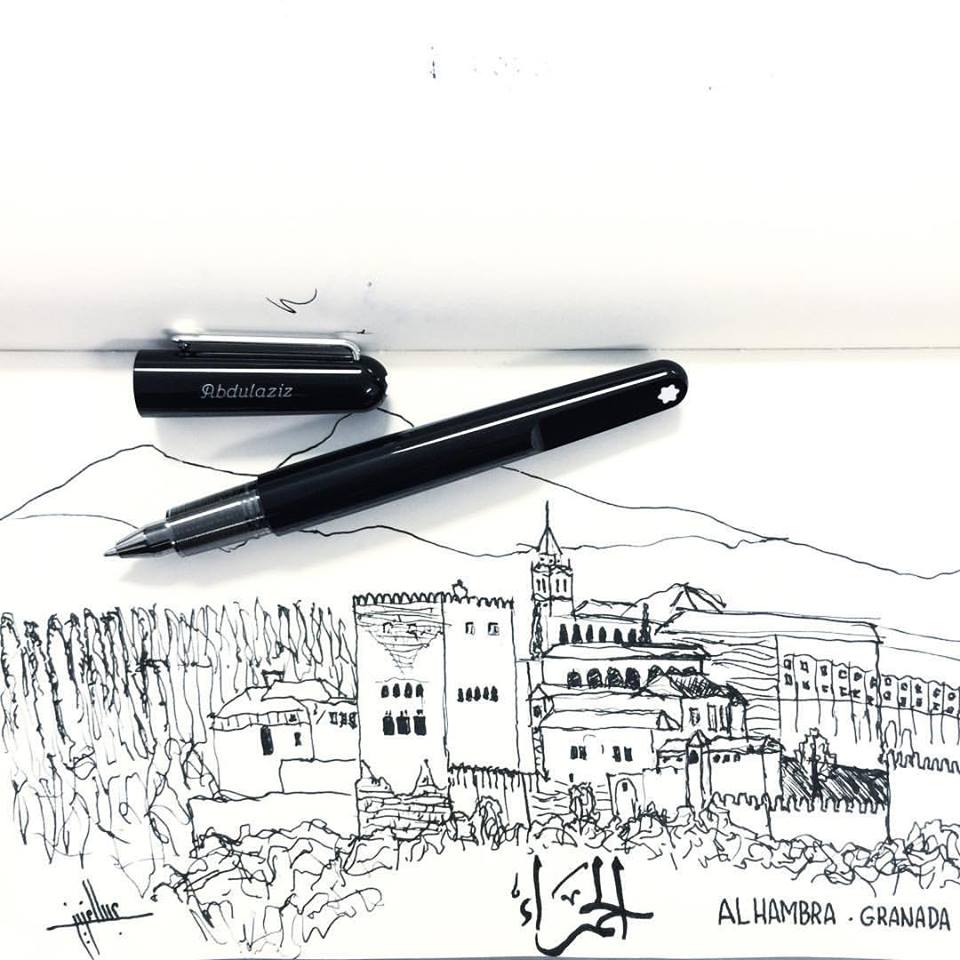 So how was his IE experience? , I ask.

“Connecting with people from different countries, cultures, religions added so much to my perspective. There were different ways to do things and I saw that. On reflection, now I have friends in so many different countries and this huge network to learn and grow from.

On the academic front, the courses were rather different- IMBA at the end taught me an ATTITUDE towards everything – the attitude to pursue all dreams and take risks in life. ”

Abdulaziz says, at some point down the line, he realized that he would not work for any other company when he can work for himself!

Recently he was chosen as the representing artist from Kuwait for the launch of Montblanc special edition designs in Dubai. This was while he was doing his IMBA at IE Business School. Abdulaziz also engraved a limestone with Kufi calligraphy for the president of Kuwait.

Abdulaziz recently graduated from IE and his plan next is to go back to Kuwait and start work with the B2B side of Design KAAF.He also has other startup dreams he would like to pursue. 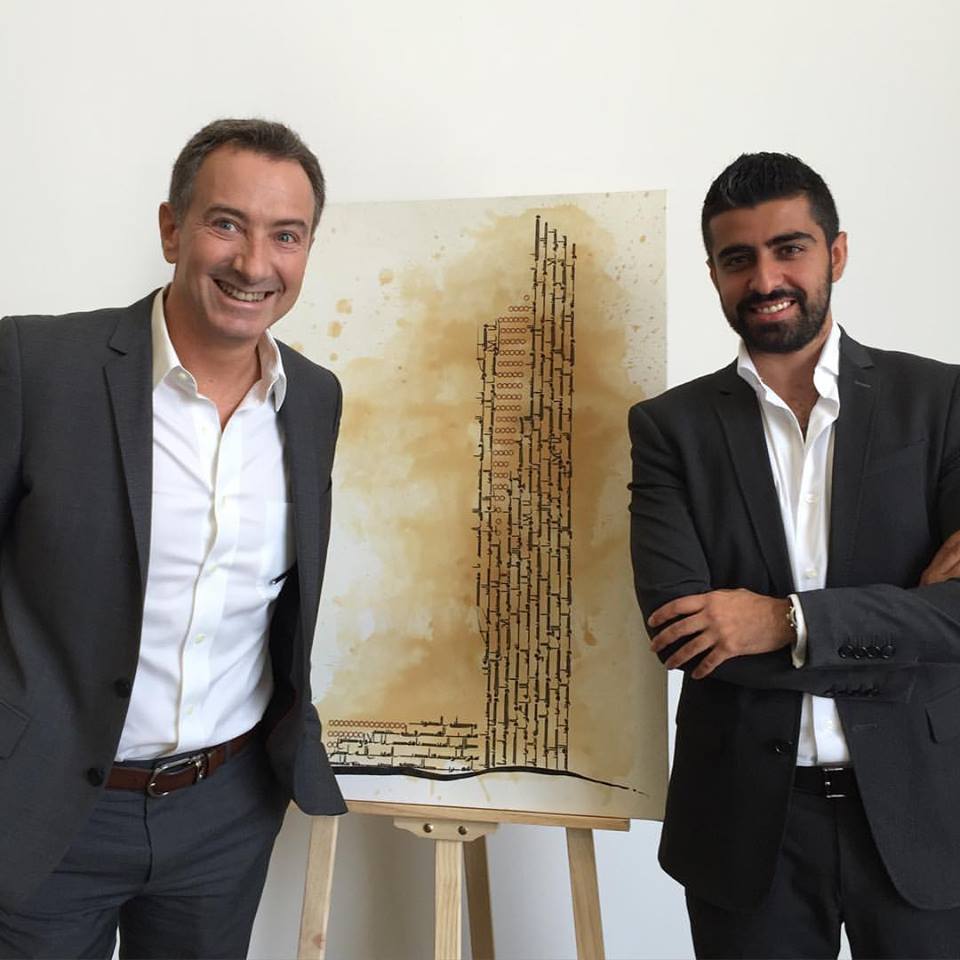 And what note would he like to leave us with?

“Life is like a puzzle. You never know the entire picture, but you should know that every piece is related and at the end when you take a look back, you will know all the pieces are connected. and you will know that the rest of the unfinished pieces will all come together- so never stop dreaming.”

Thank you Aziz- and we wish you all the luck ahead!