María Eugenia Girón: “The same customer who travels on a low-cost airline sleeps later at the George V” 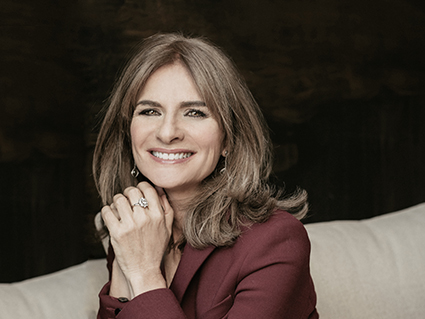 María Eugenia Girón is Executive Director of IE Premium & Prestige Business Observatory. Her career -Loewe, Carrera y carrera …- and position endorses her as a reference voice in the industry, and services, of the luxury world. A world in which “Spain is taking weight” because here the market grows at rates of 8%, when the world average is 3% per year. “For an executive of this industry the challenge is to grow and maintain exclusivity, something very difficult because it would seem antagonistic”.

Luxury is the great industry of Europe, but in Spain it has a very small weight, with very few brands. What is the problem? Do not you think that, when international consumers think of luxury, which is an aspirational issue, they think of France or Italy, but not of Spain?

It is evident that the country origin has a strong impact on the perception of a global luxury brand. The country where it comes from influences that perception. But this, which obviously can be a difficulty, does not have to be a barrier. Although Spain did not have a reputation in the world of fashion, today it has the largest company, and the world’s leading fashion brand, Inditex, the world leader. In the premium and luxury segment, Altagamma’s recent study on the Spanish market highlights that growth, during the past three years, has been 8%, surpassing the world average of 3%. That is, Spain is having weight in this sector.

Well, yes, but Inditex made its place in the middle segment, not in luxury. Have not you thought that maybe Spain has triumphed in this segment because our businessmen saw clearly that they could never win the battle, in the high range, against the French, Italians or English?

It is possible, but I am also convinced that they would have liked, and much, have a company like this. They had clear competitive advantages in the fashion sector and a great image of the country and, nevertheless, they were not able to create it.

Because they were in another war. Spain had to find its niche, or not?

Not quite. It does not have to be this way. I recognize that this image of a country may have its influence, but you can create a luxury company in any country. The important thing, I would say, is that the entrepreneur willing to create that brand respects a series of procedures such as exclusivity in distribution, limitation, price discipline (no balances are made) and building omnichannel.

Well, do not get discouraged. In Spain we have achieved in recent years to create a certain number of luxury companies. We do not have a group like Bernard Arnault’s, but maybe there will be in the future. It is important to remember that although Spain is today smaller than other European countries in terms of luxury brands and market, it is growing more rapidly. We are, for example, very well positioned with an infrastructure of hospitality and luxury gastronomy that has the potential to be the platform to lead in experiential luxury. Spain is the fifth country in the world in luxury gastronomy. It has 187 restaurants “crashed” by Michelin. You have the highest ratio of three stars in Europe in 2018 and the best position in the “50 Best” list. Both indicators show that you can only get better and that Spain continues to conquer premium territory and luxury.