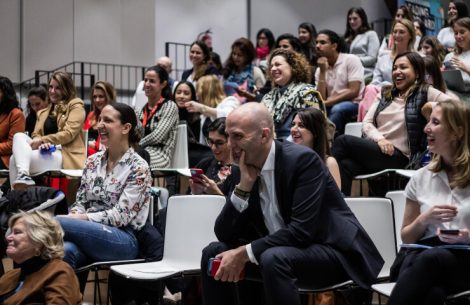 “I think what was different about this women’s week is that we had an immense amount of student participation. And student participation was absolutely phenomenal,” said Professor Regina Llamas, one of the organizers. “The level of the discourse I think I haven’t seen often elsewhere, especially the seminars that were carried out were absolutely wonderful.”

The event has been happening for three years. The efforts are coordinated among 26 different units led by IE Campus life, the Diversity Center-Women’s Initiative, the IE Schools of Business, Law, Architecture and Design, Global and Public Affairs, IE Center for Corporate Learning Innovation, Office of IE President, IE Africa Center, Knowledge IE Editorial and the Humanities in order to celebrate together the International Women’s Day.

“It’s beautiful to see how 26 different departments push forward a cause so important as Women equality and not just for one day or week but day in and day out!” 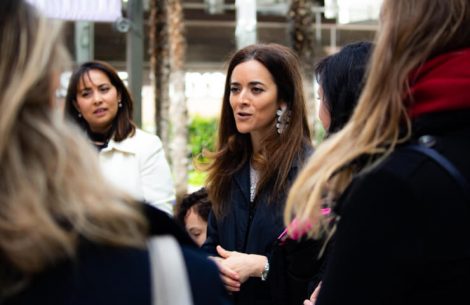 “It’s beautiful to see how 26 different departments push forward a cause so important as Women equality and not just for one day or week but day in and day out! IE University is a large institution and at Campus Life we feel the pulse of the students and this is definitely an issue that is at the center of many conversations and initiatives. We see the dedication the IE Women in Business Club has placed forth but also its Board of Directors which consists of alumni, staff, faculty and students and the 100+ student run clubs that take this topic to heart,” said Juliana Pereira, IE Chief of Campus life.

The women’s week was led with a number of events ranging from informative to interactive sessions. The week started with its fourth annual Women in Leadership Conference, with this year’s theme Leading Forward. The half-day conference brought together students, alumni, faculty, and professionals from across the globe to discuss some of the most important issues affecting not only women in business and the workplace.

“We hope that the event had a significant impact in empowering our attendees to become better leaders and better allies of women in the workplace.”

“This was the first year we have held the conference off campus and it was hugely successful. Given the event’s high turnout, both from men and women, we hope that the event had a significant impact in empowering our attendees to become better leaders and better allies of women in the workplace,” said Kristina Miller, the President of IE Women in Business club and the main coordinator of the event. Women’s conference was well coordinated by students from both Masters and Undergrad in collaboration with the faculty members. The event brought key female figures in the business scene who had a positive impact on the attendees of the event.

“The conference gave us a chance to listen to some incredible speakers including Nathalie Picquot the General director of Twitter Spain and Portugal and many more. We covered topics such as biases, why men matter, gender across cultures and much more. It was a truly insightful event,” said Kristiane Gabor Bachelors in Business Administration student and one of the Women in Business Event Coordinators.

The Purple Corner is a friendly space that was created by the Diversity Center as the diversity, equity and inclusive project at IE in collaboration with IE Library where resources on gender equality were made accessible to the community members. The space offered bibliography on gender studies, monthly suggested readings and brochures with practical information for the entire IE Community.

“The IE Library through the project Purple Corner works in close collaboration with the IE Women Initiative.”

“The IE Library through the project Purple Corner works in close collaboration with the IE Women Initiative integrated by members of the faculty, student body, researchers and staff, in recommending the best books available to understand literature about women,” said Alba Vazquez Executive Director of IE Women.

“The initiative was requested by the members of the IE Women initiative on a voluntary basis. Some of the reading sessions on the most significant books will be organized to understand women issues depicted on different literary works: essays, fiction, research and women and female leadership,” Vazquez continued.

Other events that formed part of the celebration at IE:

The Women in Business Club conducted a special group mentoring workshop for Undergraduate Chapter and IE Women Board’s members. The initiative was facilitated by the Diversity Center- IE Women, for the female students.

“It was a great honor to have the opportunity to gather in Madrid some of the members of the IE International Women’s Board during the International Women’s Week and to put them in contact with twenty undergrad students. The Board members mentored the undergrad-student-mentees by sharing with them information and knowledge in areas and fields that were unknown to them. This made the program a truly global opportunity for mentees to network and get insights for their future careers,” said Carmen Morales, one of the mentors for the IE Women mentoring program. Philanthropist and Art Collector Ella Fontanals-Cisneros was present for a conversation with Catalina Tejero, the Associate Head of the Arts & Humanities Division at IE University. During their conversation involved Cisneros’ promotion of contemporary art from Latin America and the activities of Cisneros Fontanals Art Foundation (CIFO), a nonprofit organization she and her family founded in Miami in 2002. The IE Arts and Business Club moderated the Question and Answer session with the public after the talk.

“She is a very inspiring and an empowering woman who really transmitted her passion for contemporary art and design. She also showed how she has succeeded in making a great impact not only in Miami but the wider world today,” said one of the attending students Liza Marie Azar.

This year also, students in collaboration with faculty members worked together to organize workshops on: women in politics, women in media, sexual violence in armed conflict, women and taboos, and the one-day women leadership conference.

“I think the most important thing is that we keep these discussions going. We can have a different group every month and we can create a platform where it can be disseminated either through podcasts or website blogs. We are thinking of which way we are going to do this,” Regina Llamas, one of the Women’s Week coordinating professors said.

Highlights from the Women in Politics workshop showed female leaders’ impact in governance has increased over the years. 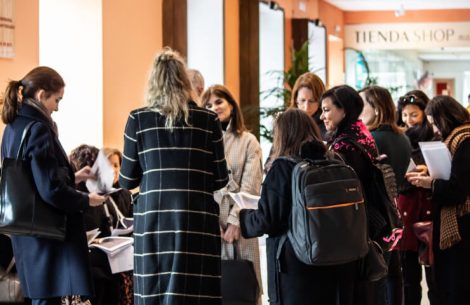 During the focus week, the participants addressed the impact gender equality movements have had over the years. Highlights from the Women in Politics workshop showed female leaders’ impact in governance has increased over the years. For instance the workshop discussed some selection bias theories which analyzed surveys which suggested that about 95% thought that men are more suited in crisis situations. Nevertheless, the discussion led to point out the changing narrative of the times in that the global society is seeing more female foreign policy leading acting figures such as the foreign ministers of New Zealand and Sweden, who are both female and proactive in human rights promotion.

However, it was also noted that women in governmental leadership are often assigned soft industries such as health and education based on their stereotypical female characteristics.

“From the panel discussions the common conclusions that we had focused on education. We need to start targeting educating women from a young age and teach them about hard industries such as finance, politics or even media. Also, there’s the issue of representation. When we see more women in power, we will want to be one of them,” said student organizer Bachelors in Business Administration student Somya Nigam.

The varied workshop panels also mentioned the important role of men towards achieving gender equality. Participants generally agreed that there is a need for women to take an active role in self-empowerment, but stated that men’s participation is imperative for the whole society to take a step forward in achieving equality.

“In the end it is not just about women’s week or women’s day, it is about giving more empowerment to the young female students every day.”

“For me the end goal is gender equality and I think having IE being more involved in gender equality not just by its female students but also through initiatives they are taking such as women’s week, is a very good way to move forward,” Nigam said. “In the end it is not just about women’s week or women’s day, it is about giving more empowerment to the young female students every day.”